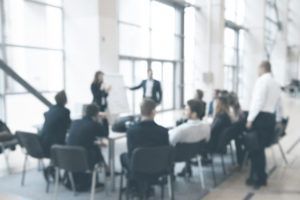 Lawyers
The European Convention on Human Rights is an effective tool for every lawyer.

The responsibility of the implementation of the ECHR falls primarily on the Contracting States, as the role of European Court of Human Rights is of a subsidiary nature. Therefore, arguments based on the Convention may lead to desirable outcomes regarding various types of proceedings taking place before the national tribunals.

Indicatively, the European Court has ruled on cases relating to the length of judicial proceedings, the right of access to a court, the right to freedom of religion, the freedom of the press, the right to respect for one’s private life, personal data protection, the right to education, medically assisted reproductive technologies, medical errors, the detention or expulsion of non-nationals, police violence, the length and lawfulness of pre-trial detention, detention conditions, visiting rights and child custody after divorce/separation, child adoption, paternity issues, international child abduction, modern forms of slavery or forced labor, domestic violence.

Proceedings before the national tribunals
While you remain the lawyer who exclusively handles the case, Kirki offers you advice on which arguments, on the basis of the ECHR system, you could possibly use before the national tribunals. She guides you on which claims to raise and which remedies to exhaust in order to be able to eventually lodge an application with the ECtHR, if you wish so.
At the end of the national proceedings, she examines the case file and determines whether an application can be lodged with the ECtHR; if so, she suggests the argumentation that should be followed.